Free Delivery on Orders over £60

Scottish Salmon: The Best In The World 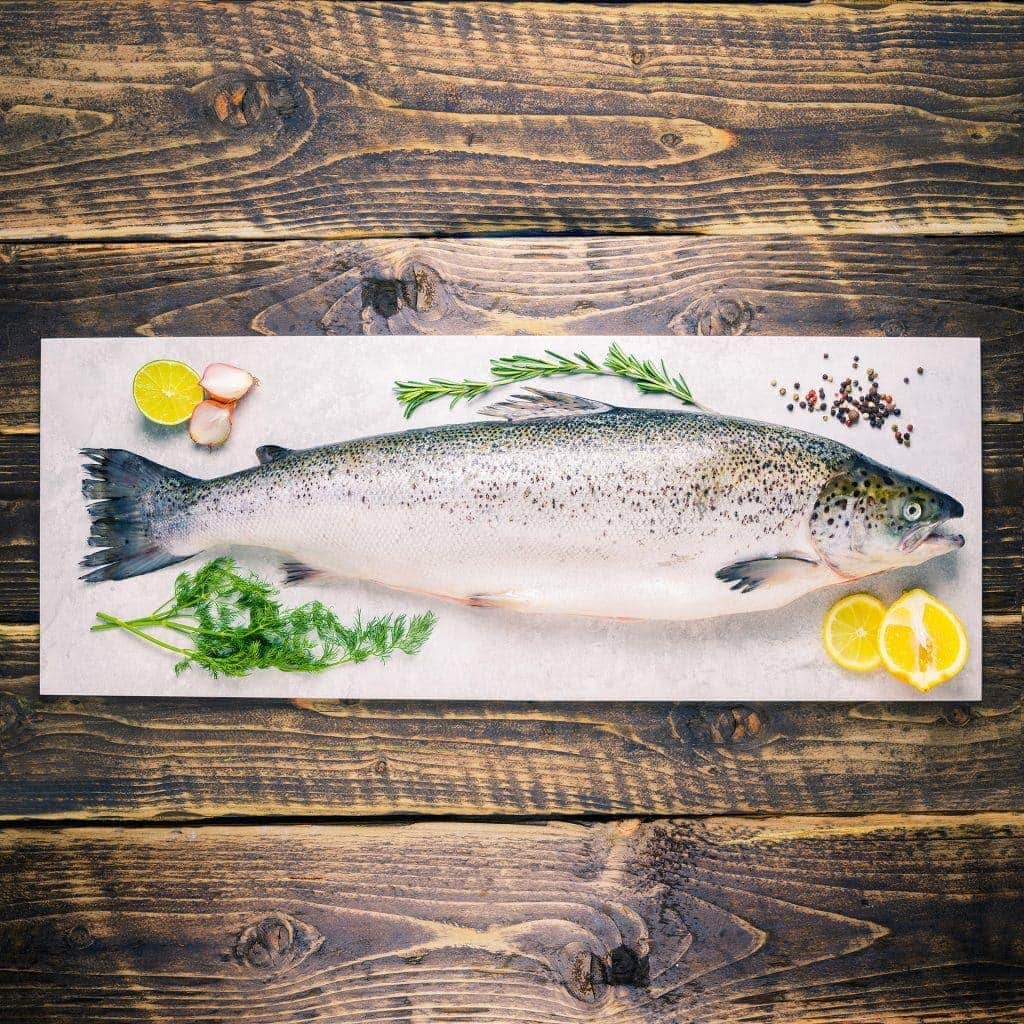 Perhaps lockdown has left you feeling a little frayed around the edges and needing a liberal dose of beneficial omega-3 fatty acids.

Maybe you miss going to your favourite quality restaurant and having a skilled chef prepare a plateful of silky, melt-in-the-mouth fish.

Or it might be that you hanker for a quick protein fix that goes seamlessly with such nutritious accompaniments as steamed broccoli, grilled asparagus or wild garlic pesto.

The impact of the collapse of the global restaurant trade caused by the coronavirus pandemic means there has never been a better time to increase our consumption of fish reared in the clean, nutrient-rich waters off the north and north-west of Scotland.

Your health won’t be the only beneficiary – you’ll also be helping support an industry that drives the local and national economy, and creates a source of high nutritional value with a tiny carbon footprint in comparison to livestock and poultry farming.

Nutritional boost
The two areas where salmon deliver the greatest benefit are in the supply of omega-3 fatty acids and as a source of protein.

For years government advice has recommended eating two portions of fish a week, one of which should be oily fish such as salmon.

Yes, you can buy omega-3 in supplement form, but the scientific evidence strongly indicates that the human body – which can’t produce the fatty acids – absorbs them much more efficiently and effectively when consumed from a source such as salmon, tuna or mackerel. Besides, where’s the fun in swallowing a pill when you can eat a fillet of pan-cooked salmon, its skin crispy and centre almost rare, instead?

Building blocks of muscle
Then there’s the matter of protein. When it’s viewed as a percentage of the overall weight of its source, salmon has few rivals. Around one-fifth of a piece of raw salmon is pure protein – the building blocks of muscle. So whether you’re into weight training or just want to maintain everyday strength, it makes sense to include salmon regularly in your diet.

Welfare to the fore
Of course all this would be immaterial if the salmon in question were not reared properly. Welfare standards in Scottish salmon farms are among the highest in the world, with 70% of fish certified to the RSPCA Farm Assured scheme, which monitors how salmon are handled, water quality, population density, diet and day-to-day care.

Scottish salmon are stunned by trained personnel using either percussive or electric methods to ensure minimal stress on the fish. The benefits are twofold, protecting the welfare of the fish and maximising the quality of the salmon you buy.

On the plate
The ultimate measure by which the salmon we sell are judged is on the plate. Whether baked, poached or pan-fried, the trick with salmon is not to interfere or overcomplicate the cooking process. Keep it simple: think lemon juice, butter, fresh herbs and creamy sauces. Let the fish do the work.

Much of the salmon bought in supermarkets is Alaskan, and its toughness (and price) makes it a good candidate for burgers or fish cakes.

Scottish salmon, on the other hand, is a softer, more flavoursome prospect altogether, better suited to a few minutes skin side down in a medium-to-hot sauté pan, then flipped for a minute or two before serving with boiled (and buttered) new potatoes and steamed greens.

There has never been a better time to see what makes Scottish salmon the UK’s number-one food export. Why let everyone else have all the fun? 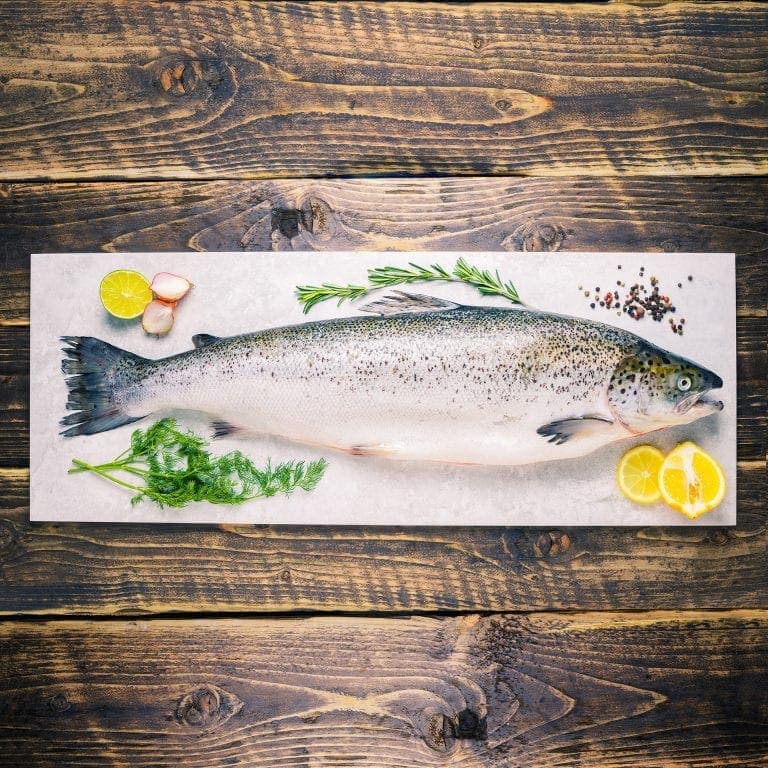 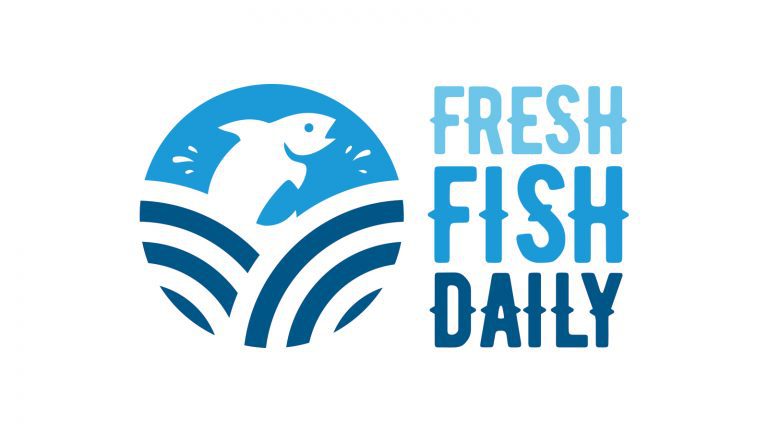 For more culinary inspiration hop over to our recipes page 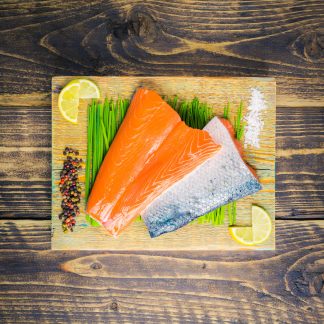 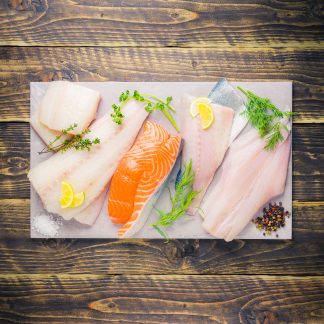 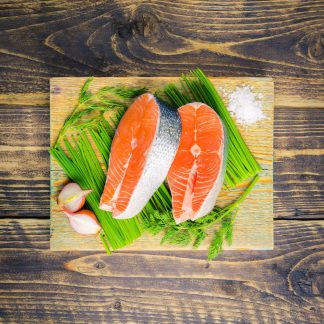 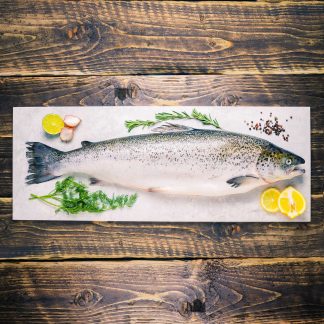 Free midweek delivery on orders over £60

Orders might be delayed by two to three days due to the current circumstances.

Please be assured that all orders are delivered the day after they are assembled to ensure maximum freshness.

We are also experiencing disruption to supply and distribution chains, so the availability of certain products is subject to change.

Thank you for your patience and understanding.